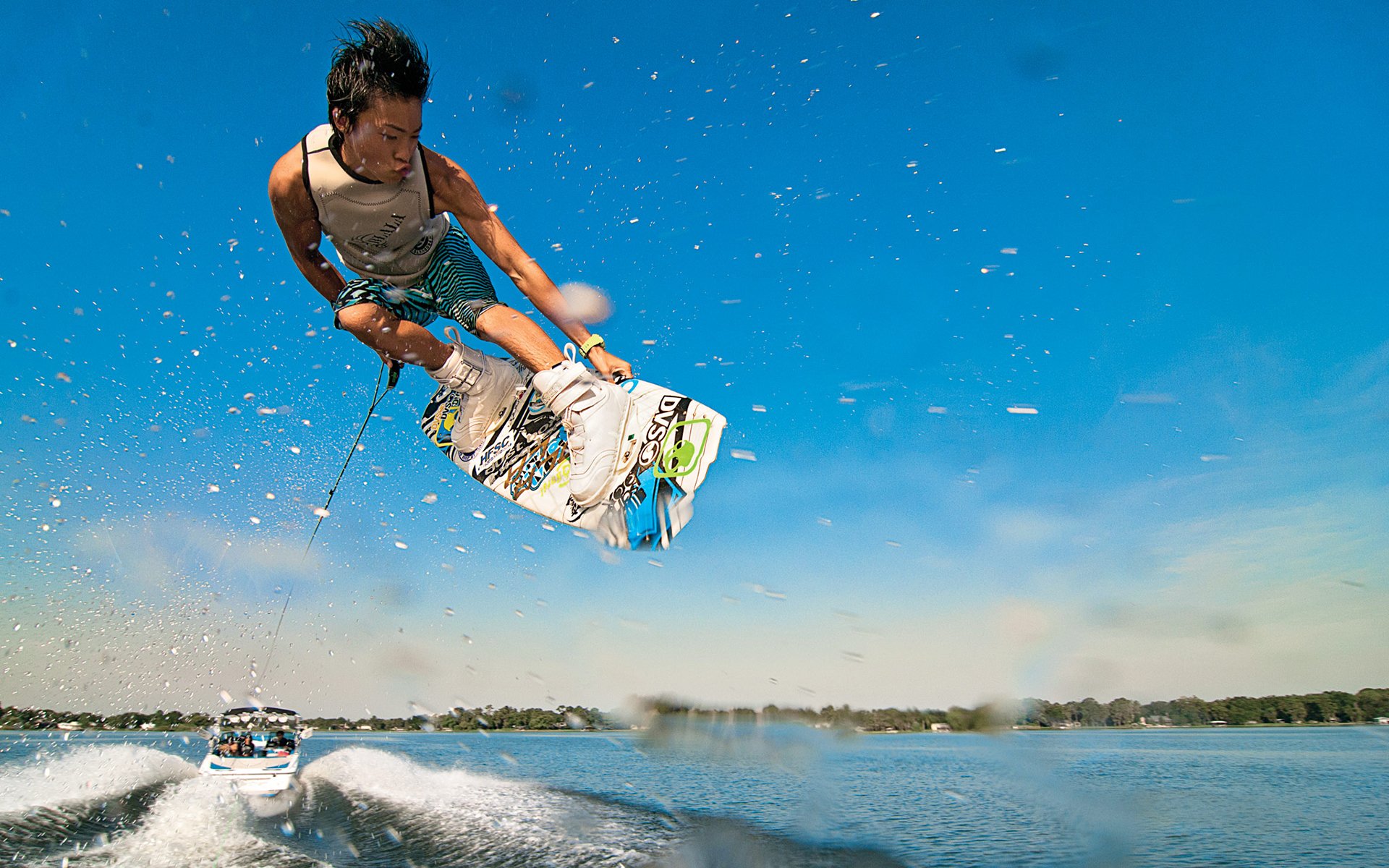 Ever experienced the feeling where you can do no wrong, where every action you take is perfect, where time slows down or speeds up and you’re totally in the moment undistracted by what’s going on around you or by the voice in your head? If you answered Yes you’ve experienced The Flow State.

The Flow State is the ultimate human performance state, it’s often referred to in layman’s terms as “the Zone.” It’s that time when you perform perfectly. Where everything is effortless, time dilates and you are often left with a huge buzz and a sense of well being.

It’s also been calculated that you perform up to 350% better when you are in a flow state.

No wonder companies like Apple, Google and Microsoft are spending millions on projects to implement more of it the workplace. No wonder professional athletes including kitesurfers are on a quest to get more flow into their performance, imagine how superhuman you’d be if you could perform 350% better every day!

But how do we, who don’t have the budget of these mega corporations get more Flow in our lives and into our sports?

Well, the first step is to understand how it works.

Before we get anywhere near the flow state we have to go through a series of steps, the first is…

The is, as the name would suggest, the unpleasant (but absolutely necessary) part. It’s also where we’ll spend most of our time. We research, we experiment, we fail…over and over again, but each time we fail a little less. This is the time we’re practicing that new trick and wiping out every time, when we’re desperately trying to work out how the hell to master the waterstart, when we’re pissed off and disillusioned and tempted just to sack it all off and go to the pub.

During this stage cortisol levels rise and our brain is emitting beta waves, the type of waves often related to problem solving. It’s frustrating, stressful and is the very reason most of us don’t really have much experience of Flow, because we give up long before we get there.

Those who don’t give up come up against another problem.

You see we have been conditioned since a very early age to believe old sayings such as “try, try and try again” or “if you work hard enough you can achieve anything.” And so we do, we struggle harder and harder, getting more and more frustrated, more and more stressed.

We literally try to bludgeon our way into a flow state, reasoning if we just keep banging our head against that brick wall long enough we’ll break through…

Because Flow is an intensely focused but intensely RELAXED state. The key here is the word “relaxed.” With all that frustration and stress generated through the struggle phase there is NO WAY you’re relaxed. You have to calm down, release, clear out that cortisol and breath.

Our mothers were all flow hacking experts… when you got frustrated doing some task or because you couldn’t do something well, what did she say?

“Do something else for a while, take your mind off it”

And what inevitably happens when you do…

You come back and perform 10 times better often wondering what all the fuss was about.

As another example, when do all the best ideas hit you?

When you day dreaming (or singing) in the shower! (And you’re no where near a pen to write down the life changing idea you’ve just had!)

Why the hell is this?

Because the second stage of the flow cycle is…

We have to shift from the beta brain wave, cortisol fight or flight response of the struggle phase to the alpha brain wave dominated, relaxed release phase. Doing this triggers a whole host of chemical changes within the body, clearing out the cortisol and putting you in that day dreaming, meditative state.

Expert thinkers have been aware of this for years. Einstein used to spend 20mins a day on his back in a rowing boat just staring up at the clouds day dreaming. Edison used to sit in a chair with a cricket ball in his hand and fall asleep, just as he started to drift off his hand relaxed, dropped the ball and boom he was hit with an idea.

If you’re learning to kitesurf, the walk back up the beach to start your next run is a great time to release and a good instructor will be using this time to try to relax you, when you’re surfing all that time spent waiting for the next wave perform a similar duty. Snowboarding – the time spent waiting for your partner to catch up with you whilst you take in the sights!

And I’m sure what ever your sport you can think of an equivalent. If you’re on your own sing a song, think of baby dolphins, plaster an idiot grin on your face anything to shift the body towards this desired state.

In the release phase the body and mind relax so we are prepared to enter the flow state.

It’s only then the magic can happen…

When it does you enter…

The body dumps norepinephrine, dopamine, serotonin, anandamide, and endorphins into the blood stream so we enter a totally altered state. All of these are performance enhancing, feel good neurochemicals which make you faster, stronger, and quicker – both physically and mentally – and make you feel really damn good while doing it.

They enable the brain to make new connections at lightening speed and perform at it’s absolute highest potential, time speeds up or slows down and every action seems effortless, perfect, godlike.

It’s literally the most addictive high on the planet.

All those weed smoking, drug taking extreme sports athletes, they’re not drug addicts, they’re flow addicts. As the chemicals in these drugs go part way to simulating the intense high these individuals feel smacking the lip of a 20m wave or dropping down a perfect, powdered slope.

Flow can show up almost anywhere in life and it’s not a binary state. So you may have a mind bending, universe twisting flow experience or you may not really notice it. But some simple examples are the first time you stand up and ride when wakeboarding, when you’re surfing and all sense of time, even of self, vanish, so intent are you on the wave, or that feeling of being at one with the mountain as you effortlessly carve down a powder run.

Extreme sports are hardwired to induce Flow they are literally the most flow inducing activities we can pursue, but it can show up in almost anything, hell for some people it might show up washing the dishes!

In the flow state you’ll perform up to 350% better than normal, what’s more because your brain makes new connections at an incredible rate, you learn a LOT faster. For all us nerds it’s like levelling up your character in a Role playing Game. You are now just intrinsically better and cannot go back to what you were!

The issue here is that the flow state is highly addictive, so we just want more and more. But it’s also hugely draining on our biology. It uses up a lot of resources so most of us can’t stay there for very long. This is one of the reason for the “one last go” syndrome in extreme sports…we just want one more go, but because we no longer have the energy to maintain a flow state this is where we get injured.

So the final stage of the flow cycle is:

It’s probably the most important phase and the one over which we have the most control, but also the one we ignore the most!

How do we recover effectively?

By eating right, sleeping well, supporting our bodies in every way we can so it can prepare us to re enter The Flow State the next time we strap on a board.

Want me to coach you in how to get into the flow state on demand, just send me a message on WhatsApp: